Some time ago new round of news about Fennec briefly hit blogosphere. Those “I don’t have compatible device but it must be probably cool ” news.

Since I do have a single (for now) compatible mobile device (Nokia N810 ) I’ve decided to add some fact to the hype.

Fennec is browser based on Firefox for mobile devices. It aims for:

Fennec reached Alpha 2 release at moment. It’s not really usable for daily tasks but gives good impression of initial interface and usage process. It opens pages and has impressive support of eye-candy including dynamic JavaScript stuff and Flash. 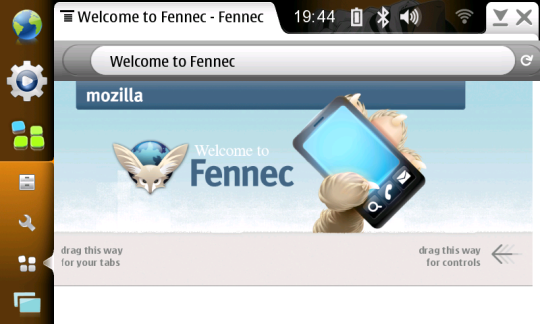 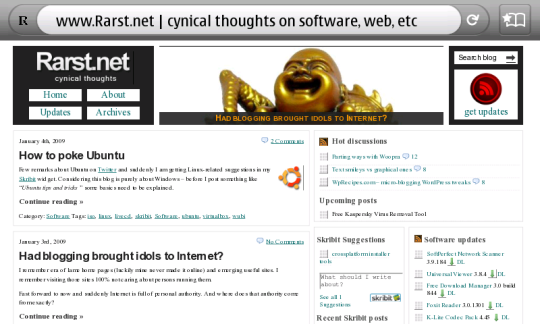 From there you can tap to enlarge parts of page or drag screen around to scroll and reveal part of interface to the sides. 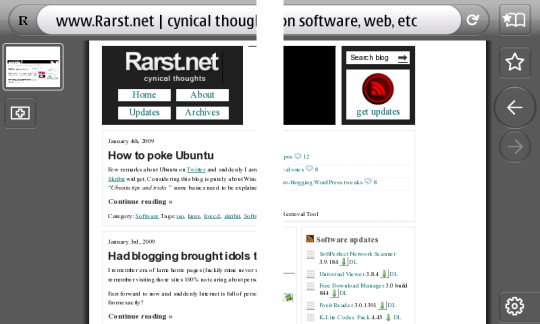 What I find weird – Fennec is ignoring actual device features and interface options:

In my opinion one of the most important things in microbrowsers is how well they adapt to specific devices and every piece of hardware available to them. That may change but for now Fennec looks very egocentric – doing thing in its own way.

N810 seems like a natural device for Fennec. Maemo OS is closer to desktop Linux than pure mobile platforms and native MicroB browser is also based on Firefox. However while device packs relatively powerful hardware MicroB still has large parts of Firefox omitted and using Hildon instead of XUL. Translation for non-techies – it had to be scaled down to deliver tolerable performance. And is still pretty slow.

Fennec aims to deliver full package on range of devices and many of those use weaker hardware. Can it?

Mozilla has lots of reasons to be optimistic. They have gained considerable market share on desktop, chipping it from Internet Explorer. But on mobile there is no Internet Explorer to prey on.

Support from Google (promotional and financial) did wonders for Firefox. Google has Chrome now. Nokia is yet to declare priorities but their Symbian OSS Browser naturally has huge market share. Curiously both use WebKit . Even excluding Opera going strong on phones with Opera Mini browser…

Fennec is not facing bloated outdated prey. It is facing two giant companies with huge interest in mobile segment. It is going to be fun. :)