I had covered some simple steps to adjust monitor brightness and contrast and since I am no expert asked readers to share their methods of keeping displays properly tuned.

Fernando had suggested in comments Calibrize tool that he uses. 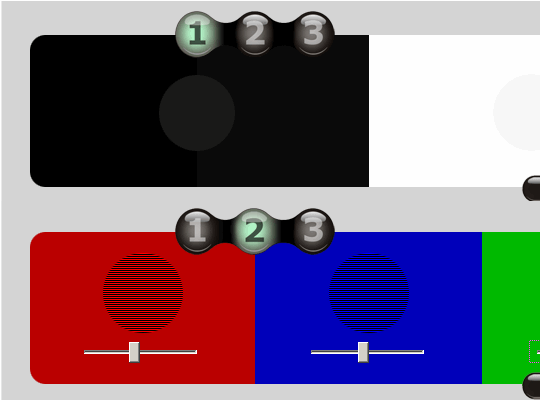 First pattern is for dynamic range (black, white and shades in between) relies on using display controls and second is for gamma – Calibrize makes adjustments itself.

First pattern is easy to use and provides quite good result (although I tortured my home display enough last time so there wasn’t much to adjust).

Second pattern was no good because it seemed to conflict with Intel graphic drivers. Calibrize suggested to re-adjust with first pattern after tweaking gamma, but as soon as I touched brightness/contrast controls in drivers (native display menu in my model sucks) gamma tweaks were lost.

As I understand it was also supposed to create color profile, but it didn’t happen. Other issue is that Calibrize adds background process to system claiming it is needed to keep settings adjusted.

While Calibrize offers good patterns and instructions, changes that it performs in system seem to be unreliable and inconvenient. Since calibration patterns are quite abundant (even as simple images and web pages) I see little need for Calibrize with such performance.

Maybe just my bad luck with drivers, but way more people use Intel drivers at home or work than those who have fancy external graphical cards.

Ad-supported freeware, that tries very hard to be non-portable.