MoWeS had been my choice for local web tinkering (WordPress and more) for a while, but as I feared slow development got it. Huge pain to update and after some months Apache started to constantly crash.

Since I had not found much portable web server alternatives last time I had to turn over all stones again and this time I ended up with Uniform Server – portable and open source web development stack.

As other apps of this kind Uniform Server is mostly launcher and configuration tool for set of staple web server components – Apache, MySQL and PHP.

Launcher part is quite intrinsic – there is tray application, but also plenty of batch scripts that can be called directly. Which in turn call PHP scripts to perform actions. It may seem bulky but actually refreshingly open and accessible to tweak. 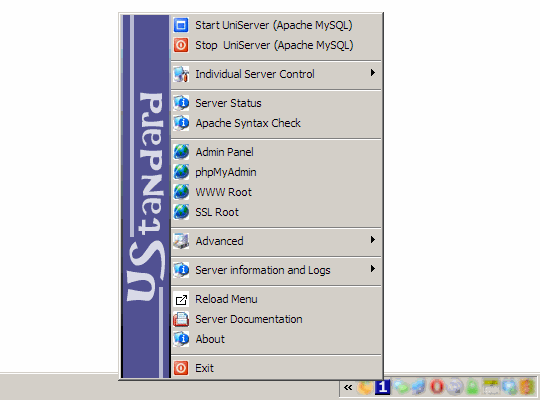 For configuration there is in-browser control panel that covers (among other things) informational stuff (like error logs), some basic configuration and setting up passwords. 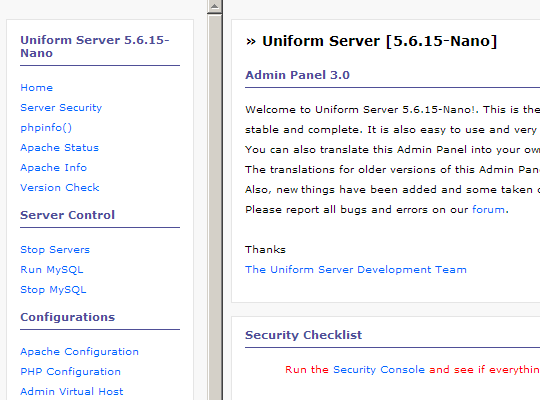 Uniform Server seems to be actively maintained and component versions are maybe not bleeding edge but still one of the latest.

Server comes with eAccelerator (PHP opcode cache) out of the box and it makes PHP performance very snappy. Subjectively faster than APC setup I was using with MoWeS, but that is probably due to other configuration factors.

While a lot of such stacks are only intended for test and private usage, Uniform Server openly says that it is suitable to run in production environment (after setting all passwords and such of course).

Folder structure and redirects are somewhat more complex than I am used to, will take some time to figure out.

Other than that I had absolutely no issues with this stack so far. I hope it will be same in the long run.

Robust, well-performing and well-maintained choice for a test stack. Solid enough to be used in production.