Done with programming courses and decided to do some technical reading. Internet is nice, but sometimes it takes a solid book to really get the topic.

So I am introducing new books category which will cover those and also large enough tutorials. Please note that first review happens to be of paid book, but most covered will be of freely available – as most of stuff on this blog.

Samer of FreewareGenius bought me a copy as thank you gift for optimizing his blog’s performance and I found to read it time this week. 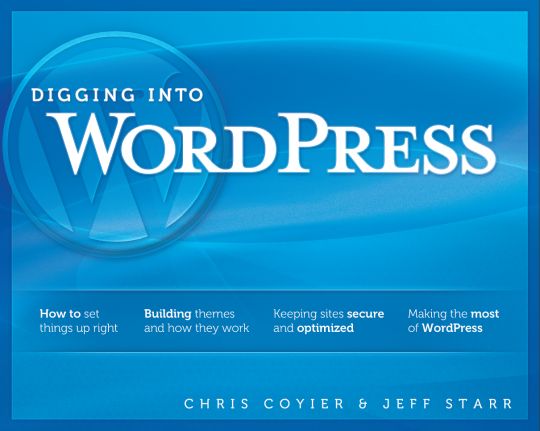 Book consists of over ten large chapters, which can be roughly split into:

Technical level is getting deeper in the middle and overall it has nice curve for people who either just starting out with WP to those who are actively tinkering with it and need to make sense of more complex parts.

Text is very well formatted and uses wide page which is great for widescreen monitor. There are also plenty of illustrations to liven it up . As result pages are not very text-intensive and are easy to either read or skim.

The only thing it lacks is syntax highlighting for numerous code snippets.

What I liked most is:

Book clearly favors consistent coverage of features over rehashing top of iceberg (that a lot of WordPress blogs tend to do).

Book is also work in progress and is getting updates about features from WordPress releases. At the time of writing it has update on features from 2.9, but not yet 3.0 that was just released.

It annoyed me that in some places book goes completely against WP best practices. It is common occurrence online (too complex of a topic and even top developers occasionally miss the mark) but solid book should be better than that.

Not something newbie, picking up book to get acquainted with WP, will be able to distinguish as poor practices.

There are several WordPress themes bundled with book. Honestly I don’t know what to make of them. They are barely mentioned in text to be supporting material. I don’t think anyone would buy book for themes or use themes just because they came with book. They are just there.

Book makes a solid overview of WordPress platform, covers multiple topics and provides a lot of code examples. On other hand it has little to none exclusive information and plenty of topics sum up with go-read-that-post or go-download-that-plugin.

It is best suited for people who are just getting acquainted with WordPress or just start tinkering with internals. Those who follow WordPress closely had probably seen most of what book tells anyway.